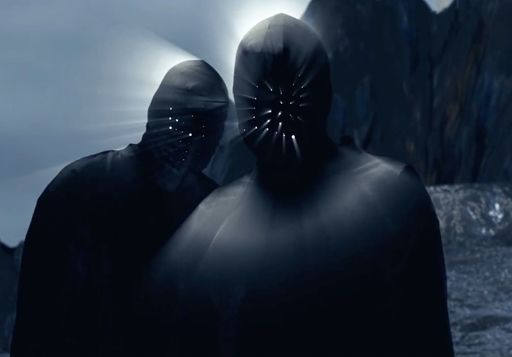 Laikamorí is a Peruvian musical project active since 2014. The duo explores different musical genres such as dreampop, psychedelia and experimental electronic music, creating rich soundscapes by combining atmospheric melodies and synthesized vocals.
The aesthetic aspect, carefully curated by the band, also adds to the dreamlike, unearthly quality of the music. By using masks, visuals, and anonymity they try to immerse the public in the music.
The band’s first EP “°°°°°°°” was released on August 2014 through the label Hype Records. The EP had an outstanding acceptance from the audience as well as praising reviews by the local and international music press, being chosen as the EP of the year.
In April 2018, They released their second álbum “Persōna” through the independent label Plastilina Records, which has received good acceptance within the Peruvian underground music scene. It was ranked as one of the bests albums of the year by several national music blogs. Their first LP has being produced by Mario Silvania of the acclaimed shoegaze band from the nineties Silvania.
Laikamorí has been the supporting act of international artists such as Future Islands, CocoRosie, Molly Nilsson, Moderat, Drab Majesty and Mika Vainio. Moreover, the duo have played in festivals such as Autoplacer in Madrid, Keroxen in Canarian Islands, Neutral in Santiago de Chile and SIM in Sao Paulo.
“The mystery they project is reminiscent of the gothic universe of what the 4AD label once was.” – Noisey (Best albums of 2018: #2)
“Despite the masks, the national duo has developed a unique identity: its sound. Persōna is, to date, its greatest mise-en-scene, where they not only ratify their experimental vocation, but also an interesting musical dichotomy: they sound organic and artificial at the same time. Pure duality.” – El Comercio (Top Best 25 Albums 2018 : #2)
One of the Best 20 videoclips in the independent music scene in Lima – Noisey
* Laikamorí Booking: Europe / UK / Australia / Asia

To start, tell us how this audiovisual project called Laikamorí came about?

Laikamorí was born in the middle of 2014, after experimenting with instruments and sounds for about a year and a half. We wanted to build a visual and sound identity, that are recognizable. We have always felt this kind of Saudade towards the passage of time, a nostalgia towards that linear way of perceiving it, we wanted to represent that in our presence and sound. Be timeless, and mix our references so much that none is distinguished. Now we can rationalize it much more, but before it was all motivated by the unconscious, we did not know where to go, it’s and was a constant evolution.

Bands that transmit their message beyond themselves, those who spread what they want to say so listeners take ownership of it and make it their own. Also who always seek to do something different, sincere and raw melodies. Bands like Nirvana, Radiohead, Sigur Ros, Beach House, Cocteau Twins, Sleep Party People. The surreal but everyday tales of Haruki Murakami, the enigmatic darkness of Twin Peaks, the heartbreaking in Eielson, the soundscapes of Silvania, Herzog and her way of narrating her documentaries, and a great etc.

The mystery of wearing masks to de-personify music. How did the idea come out?

After starting to build what would be our first EP, we did not feel that the sound we had created should be interpreted by a person, by a human. So we decided to create these two characters, we gave each of them stories, their own identity, outfits and masks. We did not want our faces to represent the project, so we decided to protect our real identities so that the characters created are always the protagonists. And also focus all the attention on the music. We wanted to transcend ourselves, our temporality and physicality. There is a German term called Maskenfreiheit, which means the liberation of oneself by using a mask. By interpreting these entities, by being anonymous, we free ourselves, and make us act in a way that we would not otherwise act.

For those of us who have not been able to enjoy Laikamorí live, what can we expect from your live show?

Smoke, darkness, luminous masks and point lights crossing the room, psychedelic visuals and intense sounds with amplified bass that cause vibrations. We think of our concerts as rituals where these characters appear. That is why we base ourselves on theatricality, performance, on representing these two entities that control our bodies during the presentation. We want to involve the listener in a complete, visual and sound experience. Live shows are a great space to explore your image, your own music, and give more than just playing on stage.

For some reason, the quarantine, and the confinement in which we have been in Lima for almost three months, has led us to compose more regularly than before. In our songs we have always tried to avoid any conscious influence, and avoiding thinking about what the audience would like to hear. Our compositions are a search within us.

The latest unreleased melodies still have a darker, more intense profile, less melancholic and more enraged in a way. Maybe influenced by the situation, but it's still a change in our sound. We have a good group of songs that we plan to release soon in the form of singles and EP’s.

What do you listen to the most when you are driving to a concert?

In general, electronics that motivate us a little when it comes to going on stage. Producers such as Tzusing, Codex Empire, Broken English Club, August Muller, etc.

And when you are alone?

What is your big dream in the music-world?

Continue gaining adherents to this sonic cult, and have the opportunity to empathize with them through the alienation and dissociation that we all feel in our skin.

You have already played in major festivals. In which more would you like to participate?

There are certain festivals that we have always followed because of the bands that perform, among them is the Le Guess who, the Roadburn, or the Grauzone in Holland, the Synästhesie Festival In Berlin, the Nrmal in Mexico, the Entremuralhas in Portugal, or the Icelandic Airwaves in Iceland. They are all festivals where we would very much like to perform.

Is it possible that you will come to Europe soon? Do you like the idea?

Before the pandemic, we were planning a tour of Europe, which has been delayed indefinitely. We want to spend some time there, exploring new audiences and playing a lot in the region, but we don’t know jet when it will be possible.

In which European cities would you like to play?

We have postponed dates in Poland, Germany, Ukraine, and the Baltic countries. For some reason they have paid attention to us in those places.

The best and worst part of being a musician?

Having the opportunity and the time to make music will always be a privilege for us, especially in a country where there is no established music industry, and even less so for emerging bands outside of commercial sounds. We try to see what we do as a personal concern, as a concern that we continue to explore beyond figures or business objectives. It is gratifying when we see what we had imagined materialized, but in this market there are not many possibilities for development to continue with those searches.

How has the current moment in which we live (Covid-19) affected you personally?

It has had advantages and disadvantages. Our European tour has been postponed, but we have also composed material more than ever. The lack of live concerts has also pushed us to explore alternatives such as virtual reality, 360 videos, etc. We recently did a live session for CVLT Nation where we explored with special effects, something that until recently we never thought to do. We worked with Sebastián Suárez, who also took care of the visual effects in our last video clip, it was a fascinating job.

How do you see the future of music locally and globally?

With the world crisis it has become evident that what sustains the global music industry are very timeless and fragile elements, all of which is being questioned. Live concerts, streams that pay musicians zero sums, or the album's outdated concept. We believe that in the future musical proposals will be more in virtuality and less in physicality. It is very diffuse to see how everything will change, we do not have a certain idea.

Thanks a lot to Arturo from Wombat Booking to make this interview possible. 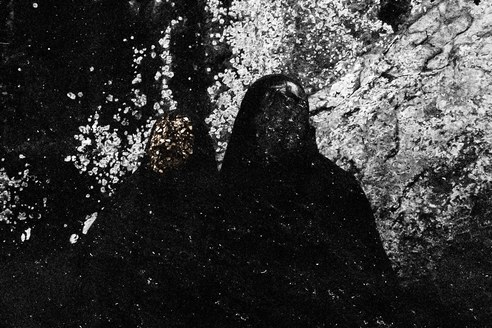