The war rages on! Little more than one year has passed since album the »The Silent Vigil« was released, but as we all know, there’s no standing still in the MEMORIAM camp. Their third studio album "Requiem For Mankind" will be released on June 21st – and fans can banish any doubt that this is going to be one of the strongest albums of 2019.

While their debut album "For The Fallen" (2017) was heavy, depressing and marked by grief, the second work "The Silent Vigil" (2018) showed a relentlessly aggressive side. It was without question another great album, created by musicians who blindly understand their craft yet do not repeat themselves. This also applies to the third and latest string to their bow »Requiem For Mankind«. Once again, the groove is monstrous, the riffs are merciless, and the atmosphere is oppressive, paralyzing, even overwhelming. Willett's aggressive vocals are rousing and relentless. 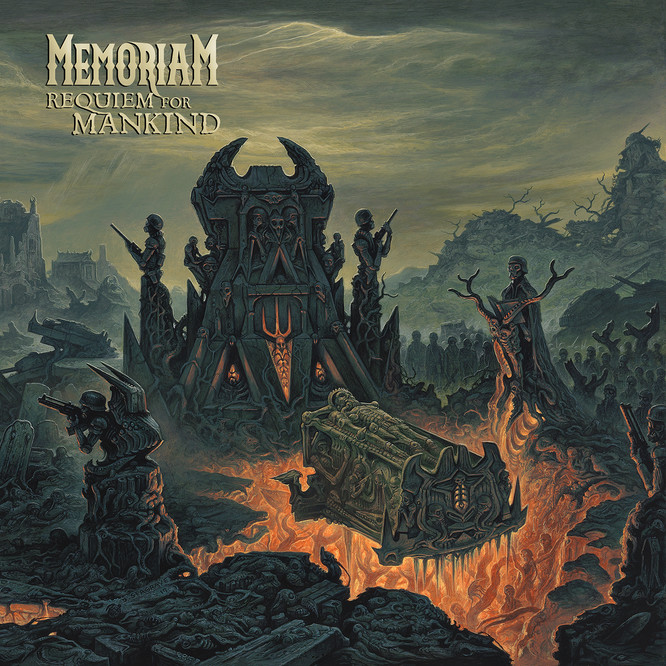 We talked with Scott Fairfax to know more about the new release and this awesome band. 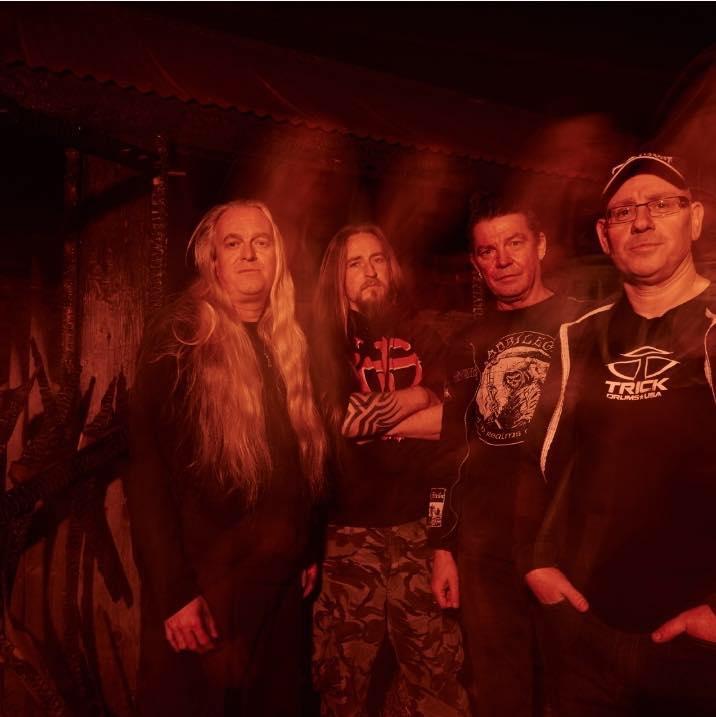 1. First of all tell us please how did Memoriam started.

Well this has been highly documented in the past, so I will give the briefest explanation ever, 4 lovers of old school death metal getting together to do a few cover songs and maybe a few live shows, but I changed all that right at the first meeting, by bringing a collection of demo songs I was working on at the time.

Oh trust me there’s plenty more we could release, and maybe we will, who knows? I think the old saying ‘strike while the iron is hot’ really says it all, it’s kind of like a diary of riffs and how we feel, in not saying it’s been a easy 3 years, personally and band wise, but the band helps us get out the personal side of things and gives us something to focus on, and that’s why work well together.

3. Tell us about “Requiem For Mankind”, songwriting and recording process.

Well exactly the same process as the two previous albums really, all the pre recording are done at my house, the ideas are formulated late night after work, using plenty of cigarettes and coffee, I always try and record ideas everytime something good pops up, this is why I have thousands of ideas ripe for the picking, Frank comes over a couple of weekends and we plan the tracks out in a orderly kind of fashion, with working titles which are normally pretty out there, just so we know which track is which, Karl will later rename these once he’s worked on the vocals, the main difference this time is the actual recording studio, we used Russ Russell at Parlour studios in Kettering, and that’s been a huge difference, and a much more relaxed experience.

4. Are you planning doing a new album every year or are you going to take a break after this 3rd?

Well that has been spoken about already, we never planned doing 3 albums to be honest, I think a longer stretch before another album, that’s if we even do one, I wouldn’t mind doing a 3 track ep, a nice little bonus release like the cover album that we was originally planning before I went and screwed that idea up, I think we are kind of thinking between us to slow down and take each day as it comes, if I don’t throw new riffs at the guys that should do the trick, I think we all would like to do something else though, we are all into creating new music, but I guess you can see that already.

5. You are going to do the release party in The Underworld, I guess you are expecting a sold out show. are you going to focus in the new material for the next shows?

Well we have never played London together, I’ve not played there in years, so I don’t know what to expect, we have been rehearsing the new tracks and getting a good set together, a mixture of all three albums, a few tracks we dropped over a year ago are coming back to play and the new stuff is sounding good! Can’t wait for that show.

6. Are planning any long tour for the next months?

The quick answer to this is…. No, we don’t tour, we wouldn’t want to, none of us see the fun of sitting in a bus for weeks, also it’s not really feasible as we are all too busy with family and home, we’ve all been there and done that, we wouldn’t want to do it again, we are happy flying in and out, it suits us better.

7. When you meet your fans; what do people ask you the most?

Well for me it’s mainly how I keep coming up with these riffs, or… what guitar is that? It’s killer!!! Well I always answer them the same way,it’s all about the riff for me, and it’s a Ragnarok guitar, Hand made in Sweden by Tibor Papp please check his amazing custom work out

8. You use to play some songs from Bolt Thrower, last times mostly “Spearhead”. After the release of the new album you will keep playing it, or just in some special shows?

We have stopped playing all our cover songs now, we used to do a few Bolt thrower tracks and one by Sacrilege, mainly because we didn’t have enough songs of our own to fill a set, now we are finding it hard to pick a set from three albums without dropping a track we love playing, so No, I doubt we will be playing and covers in the future.

9. As a musician what is the best and the worst part of being part of a metal band?

I don’t think of myself as a musician, I’m just some lucky f*** who gets to go out and play songs we have written, have a laugh with good mates and generally have the doss! That’s what it’s all about, I don’t sit at home widdly widdling and stare at musical notation, that’s not for me, if I’m not doing Memoriam stuff I’m writing new songs for my side project, As The World Dies, so that’s all good stuff, the worst stuff is… well I haven’t found anything bad, I don’t go looking for bad stuff, bad stuff can do one…

10. What would you recommend to the bands that are starting?

Keep going even when you think it’s too late, I’m a newcomer to all this even though I’ve been doing it years in smaller local bands, you just need that ‘break’ and it comes from places you don’t expect.

11. What is the funniest thing that ever happened to you during a tour?

That would be the time my trousers ripped onstage doing my extra low headbanding stance,

My man plums had a nice bit of fresh air that night which was quite nice as it was roasting hot haha! But there has been many fun times.

12. Have you achieved all your goals as a musician?

Yes, I have not 1 but 3 Dan Seagrave albums covers!

It’s a yes, but now I’m working on a new project with Chris Mcgragh on drums, as mentioned earlier, As The World Dies, which is like mixing Devin Townsend, SYL, Cannibal Corpse and Gorefest together, then adding my riffage to it all, and hopefully I get to release this as it’s going to sound huge.

I’d like to thank everyone for their support, you mean the world to us, if it wasn’t for you, I’d still be listening to the majority of the Memoriam songs at home still, thanks for the interview!

Thank you so much, and see you soon on the stage! 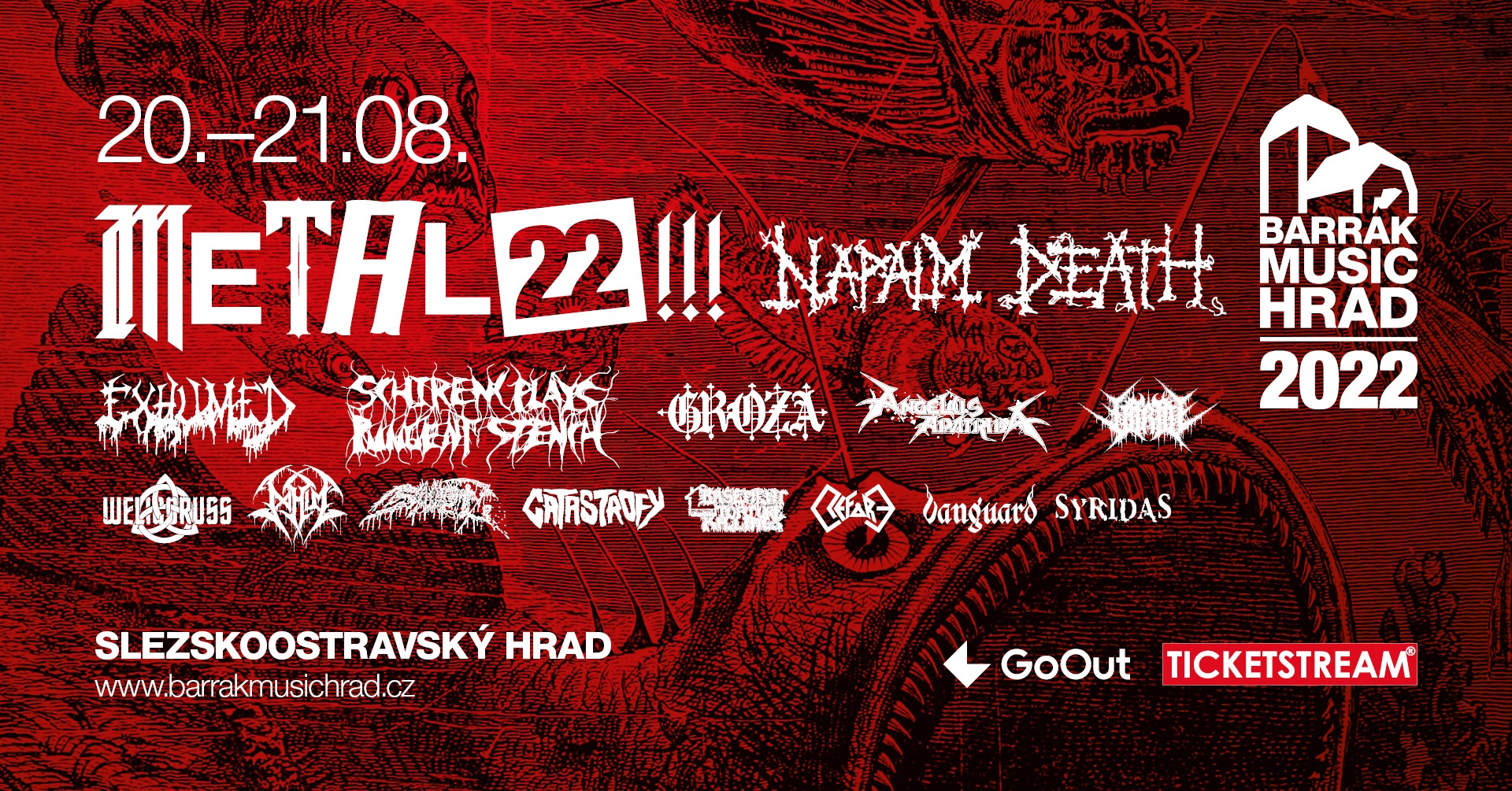